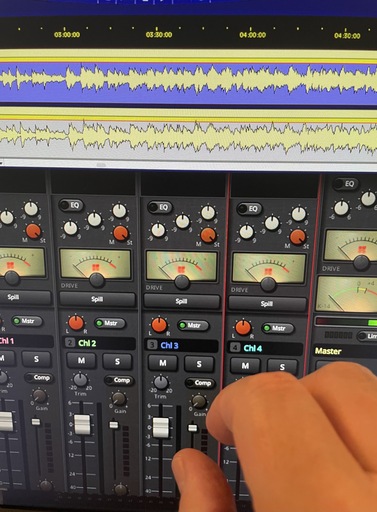 Whether it's mastering "in-your-face" records for Henry Rollins or, with great finesse, the first recordings of Mississippi Fred McDowell - restoring audio for "The Aviator" (Scorsese) and the award-winning "Jonestown" or mastering film soundtracks - Phillip Klum brings a varied musical background as well as years of experience to each mastering session.

“I called upon my magician friend, Phil Klum, of Phillip Klum Mastering, NYC. I could bore you with all the technical ins and outs of his triumph, but suffice it to say, analog hiss, dropouts and background noise were removed... and Tom never sounded better.” (WFM feature on “The Best of Tom Tipton”)

How I love mastering...! When done right, which you always do, it takes away my nervousness, my feelings of "have I done everything I can?" and replaces the doubts with "This is it!" Thanks for another job well done. It never gets old. It's always that precious and vital last step in the great adventure of making music. (Peter Link - Composer, Lyricist and Music Producer)

"...I know I am not one of your big name clients, but you treated my project as if I were." (C. D./Daniel Productions)

"...Send the new wav whenever...Honored Phil Klum had his hands on it."

"This is absolutely perfect! Thank you so much!"

"It's so lush, expansive, buttery and distinct...such a cohesive beautiful sound...I am THRILLED! I've

also been touched by your attention to detail and care of my project."


**HEY EVERYONE** Things are still crazy out there, but stay inspired, keep writing, recording, mixing, mastering and RELEASING!

We're all in this together - HELPING each other!